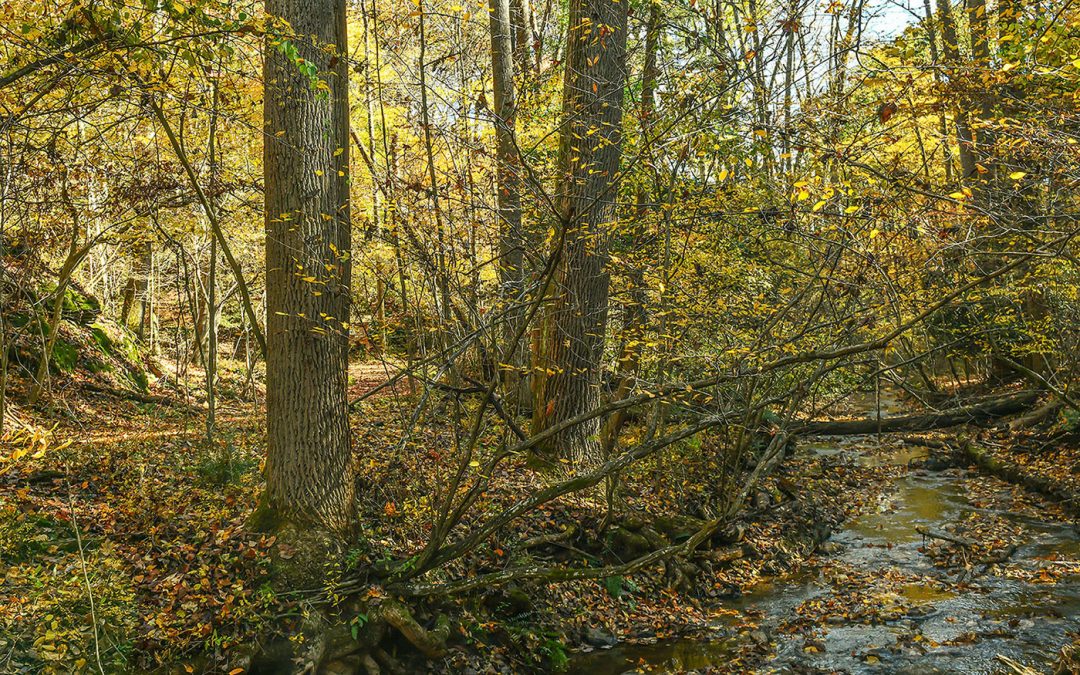 While the Baltimore County Master Plan for Oregon Ridge is being developed, it is timely to remember an earlier milestone in the Park’s history. Thirty-five years ago, a group of committed citizens worked tirelessly to find a way to purchase the nearly 200-acre Merryman Property as part of Oregon Ridge Park. To spread the word, the group launched the “Save the Ridge” campaign.

The earlier Baltimore County Master Plan for the 1990s designated the land be acquired as parkland, but the Merryman Property was also zoned for houses. When the land became available in 1987, a developer bought the rights to build 28 luxury homes on this unspoiled tract of wooded ridge and valley at the southeast corner of the park, east of Ivy Hill Pond. The property, which includes a trout stream – Baisman Run – is now accessible by the S. James Campbell (Yellow) Trail. 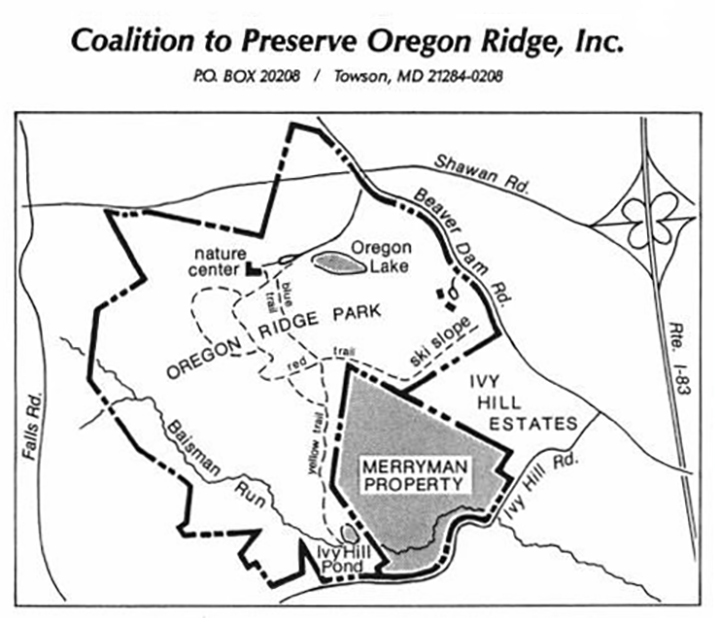 In the 1980s the amount of forested land and open space in Baltimore County was declining while development was increasing – a trend that has continued and increased to this day. This tract was one of the largest available to add to the park and would increase the park’s total acreage to 1,000 acres, an important size for many species.

One of the many news articles in support of Baltimore County purchasing this land was a March 10, 1988 editorial by Susan Roberts in the Towson Flier titled, “Buy Land; they’ve stopped making it.” This editorial powerfully captures exactly what the thousands of Save the Ridge Campaign supporters were advocating for Oregon Ridge – the “peace and quiet” for people that comes with undisturbed natural woods and “letting nature do the work of nature.”

The process of achieving our goal was long, difficult, and complex. In 1987 citizens formed the Coalition to Preserve Oregon Ridge, Inc. – a non-profit formed for the specific purpose of purchasing the Merryman Property as an addition to Oregon Ridge Park. The outpouring of help and support for its Save the Ridge Campaign included:

The steadfast support of Maryland state senators, state delegates and Baltimore County Council members culminated finally in designation of public funds for the purchase – $1 million in Program Open Space funds from the State of Maryland and $1.5 million in Program Open Space funds from Baltimore County. In addition, the Coalition raised $600,000 in private funds, including $465,000 from corporate donors and $135,000 from 2,000 citizens and 67 environmental and community groups – an amount crucial to the successful completion of the purchase. 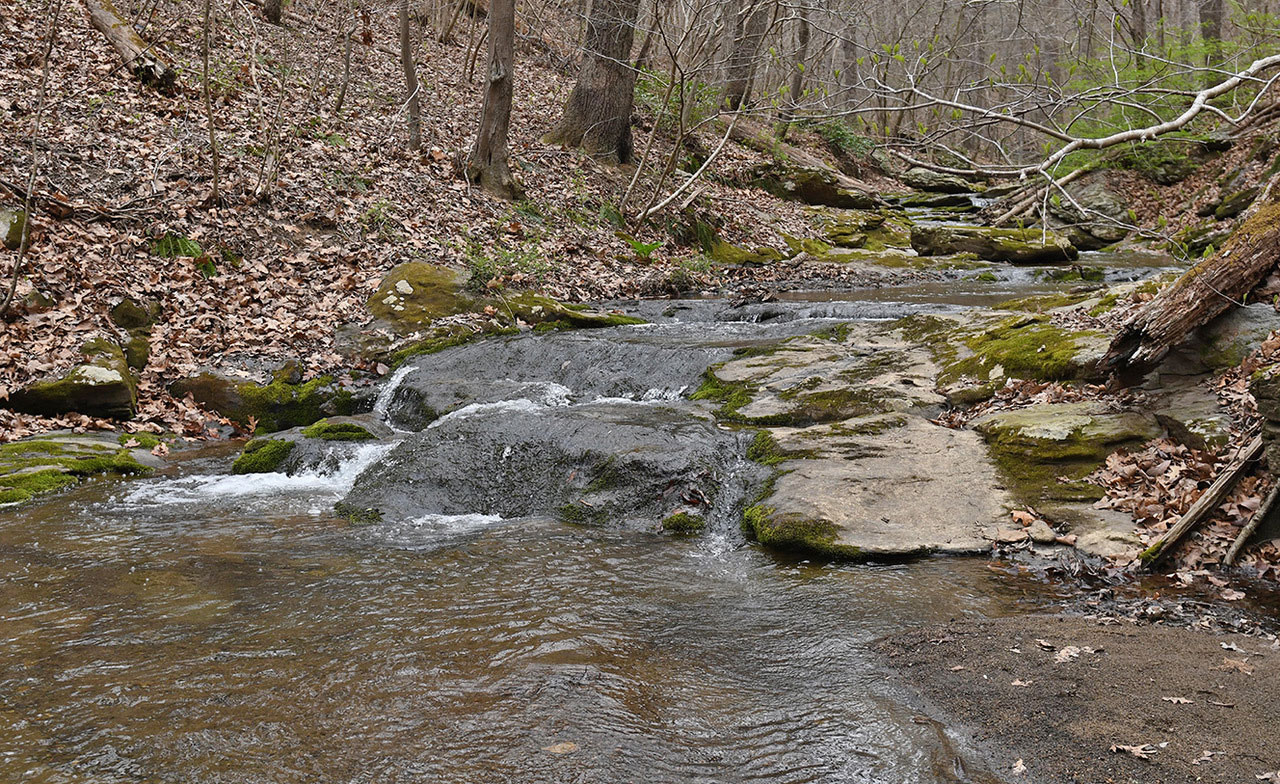 The massive outpouring of support for adding the Merryman Property to Oregon Ridge Park showed how much the citizens and the business community of Baltimore County cared about natural woodland. It is also an indication of how hard they were willing to work to increase the size of that natural woodland where young and old continue to be renewed to this day by the peace and quiet of nature.

This is our chance to encourage Baltimore County to preserve Oregon Ridge. As the 1988 Town Flier editorial stated, “let nature do the work of nature.” Please take a moment and email the Master Plan consultant and County leadership listed below to express your support for conserving our natural woodlands.

Oregon Ridge Nature Center offers many educational programs for people of all ages. Please visit our website for more information and to register: https://OregonRidgeNatureCenter.WildApricot.org/